Bangalore, Apr 16, 2013: Archbishop of Bangalore Dr Bernard Moras has called for special prayers, fast and Eucharistic adoration for the ”quick and successful investigation” in the ghastly murder of Fr K J Thomas, Rector of St Peter’s Pontifical Seminary at Malleswaram, near the Yeshwanthpur police station, on April 1.

In a special appeal, the Archbishop has asked all priests, brothers, sisters and lay people to offer special prayers and Eucharistic adoration on any convenient day during the next week in all their parishes, institutions and religious communities to ensure that the ”assailants are brought to book” and that ”they may be converted and experience a change of heart.”

”It has been fortnight since the murder of Fr K J Thomas and we are yet to get over the shock and deep sorrow,” he said and pointed out that the police had formed a special team to investigate the murder but there was no progress in the investigation.

”The investigation might take some more time,” the Archbishop said and exhorted the priests, brothers, sisters and lay people to storm heavens ”for the just and successful investigation of this murder case.”

The text of the Archbishop’s message is as follows: 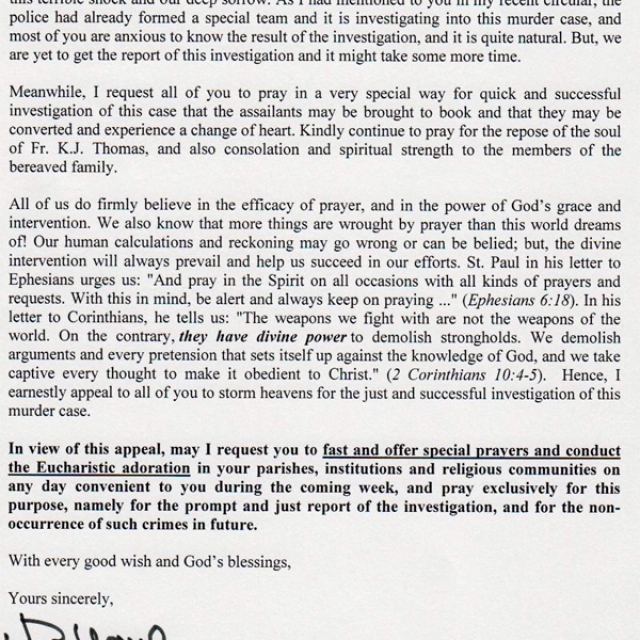 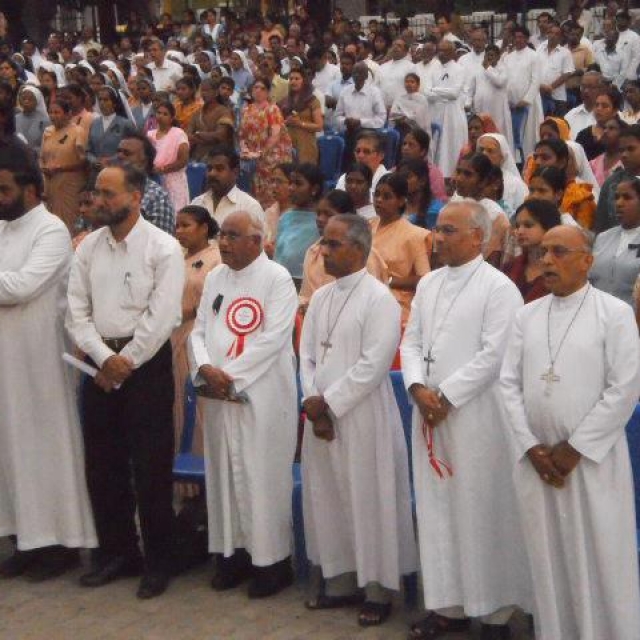 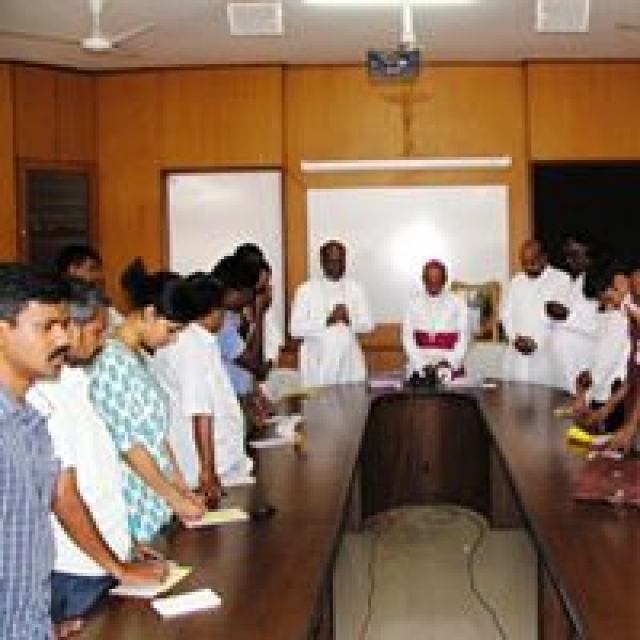 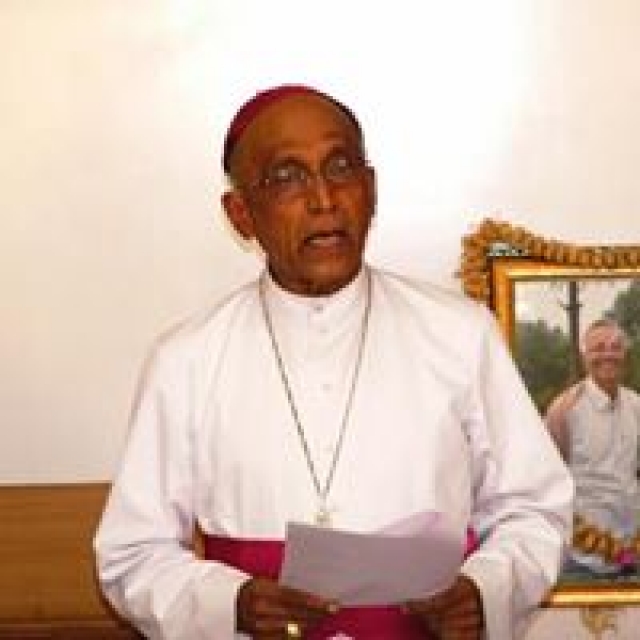 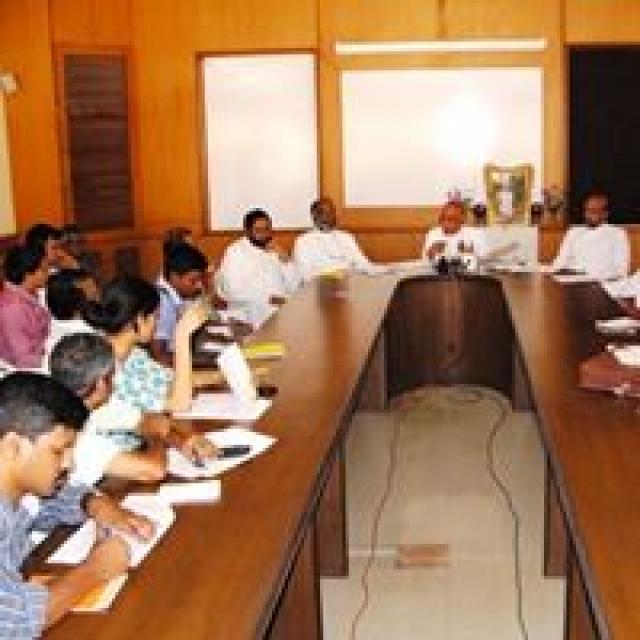 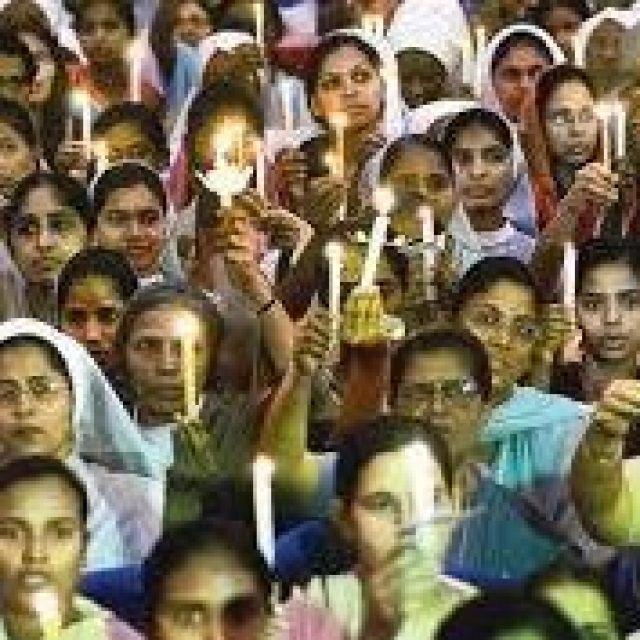 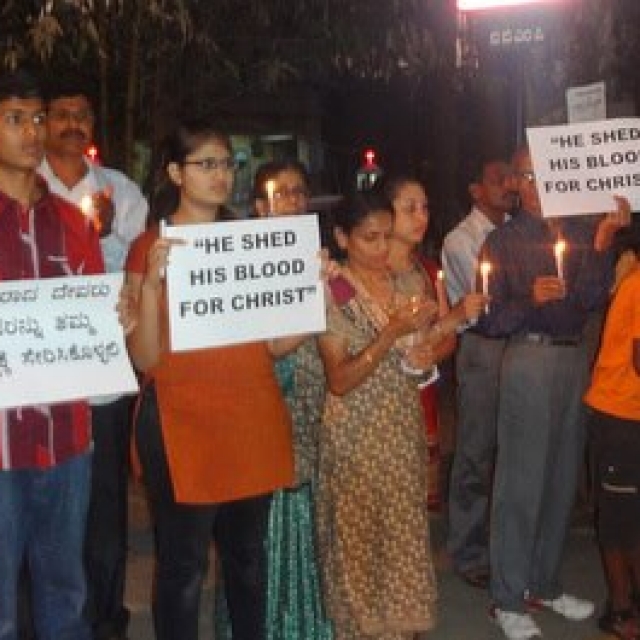 BANGALORE: Catholics in the southern Indian city of Bangalore are praying to find closure for the murder of a seminary rector that has brought into the open questions and issues of language and ethnicity that is plaguing the local church.

With lit candles some 300 people gathered in front of St. Peter’s seminary Bangalore and prayed for the rector who was murdered March 31, three years ago.

The gathering occurred after Mass at the nearby chapel of Claretion House in Bangalore Archdiocese, where ethnic rivalries have been simmering for almost three decades. Police say the murder of Father K.J. Thomas was part of this tension within the clergy.

The archdiocese or seminary were not directly involved in organizing the candlelit vigil, said Arun Fernandes, one of the organizers who added that eight lay groups within the archdiocese participated in the gathering.

“The hierarchy and the priests in general keep away because they are afraid of getting entangled in the murder and related controversies,” Fernandes told ucanews.com, March 31.

Police investigators said 12 people, six of them Catholic priests, allegedly were involved in murdering Father Thomas. Three suspects, including two priests, are currently in jail while the remaining nine have yet to be arrested.

Both lay and church leaders agree that the tension started when local Kannada language-speaking Catholics began to demand prominence for their language over Tamil, which is spoken by migrants who are the majority of Catholics in the archdiocese.

Tamils traditionally wielded power in the pontifical seminary, which missionaries of the Paris Foreign Mission Society began in the Pondicherry area of Tamil Nadu in 1778, and moved to Bangalore in 1934 because of political changes at the time.

But three years after the murder, the language-based superiority and ethnic rivalry have “almost disappeared,” said Jesuit Father Joseph Mathias, who took over as the new rector last year after working in northern Indian missions for several years.

He told ucanews.com that the Bangalore Archdiocese and the seminary could not take part in any remembrances because the seminary’s students were on holidays. “With just two priests here what program can we have?” he asked.

Father Mathias said that other practical reasons ruled out having an anniversary Mass inside the seminary chapel, which he added was currently closed.