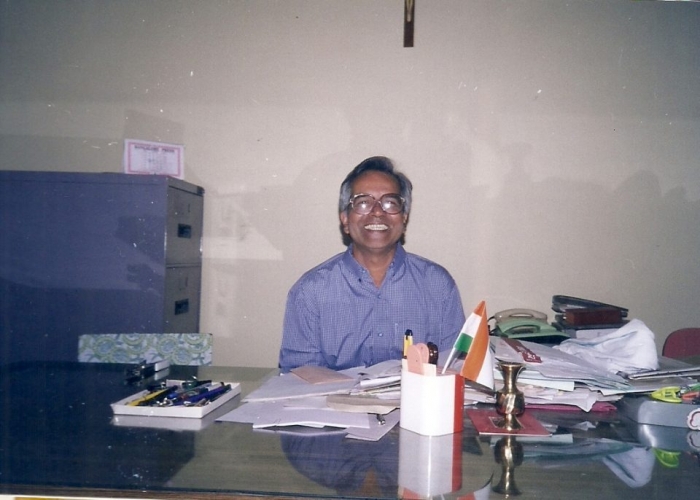 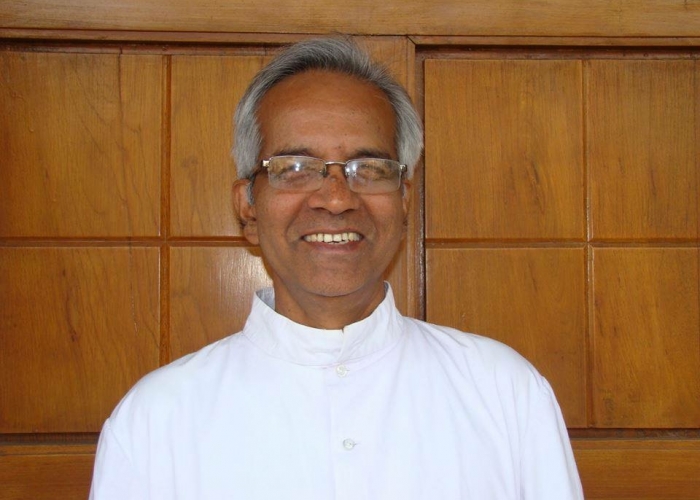 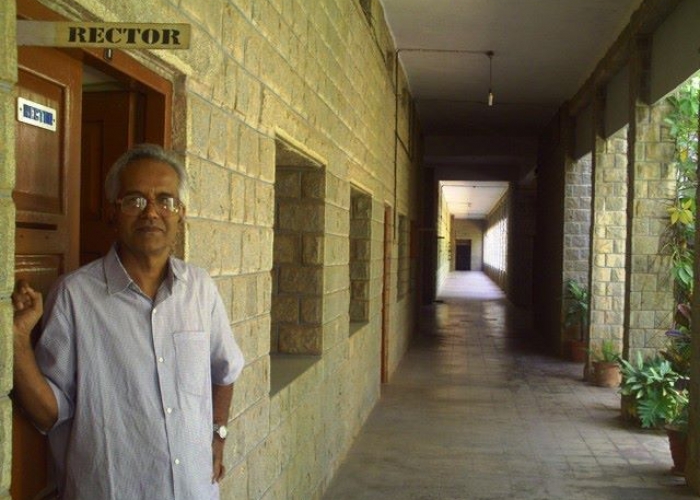 Fr. K.J.Thomas was born on 13 May 1951 at Ettumanoor in Kottayam District of Kerala.  His parents were Joseph and Elizabeth Pazhempally Kochupurayil.  He was the youngest of the five children (two sons and three daughters) of his parents.  Sr. Jacqueline, his sister is a member of the Sisters of St. Joseph of Cluny¸ Pondicherry Province.  Born in a pious and exemplary Christian family, Fr. Thomas grew up as a model youth.  From his childhood, he was inspired and motivated to follow the example of Fr. Jacob Pazhempally, his grand-uncle and Fr. Kuriakose Pazhempally, his uncle who were great missionaries in Pondicherry Archdiocese. After completing his primary and high school education at Ettumanoor and Kottayam, he wanted to join the seminary.  But his uncle Fr. Kuriakose persuaded him to do his Pre-University studies before going to the seminary.  Subsequently in 1971, he joined St. Pius X’s Minor Seminary, Ooty.  Then in 1973, he entered the portals of St. Peter’s Pontifical Seminary and completed his philosophical studies together with a B.A. degree which he secured with a university rank.  He did his regency at St. John the Baptist’s parish, Doddagajanur, Talavadi and came back to St. Peter’s for his theological studies.  As a good seminarian and intelligent student, he finished his seminary formation  very successfully.  He was ordained priest for the Diocese of Ootacamund on 14 May 1980 at Sacred Heart Cathedral, Ooty.

During the first eight years of his priestly life, Fr. Thomas served in various offices and ministries such as Assistant Parish Priest at Panakahalli, Teacher and Assistant Principal at Rex Higher Secondary School, Ooty,  Director of St. John Berchman’s Boarding Home, Ooty and week-end ministries in several parishes of the diocese.  During this period, he also secured his B.Ed, M.A. (History), M.A. (Politics) and M.Ed degrees.  Though he had a bright future as an educationist and head of educational institutions, he willingly surrendered it and joined the teaching staff of St. Peter’s in 1988 at the invitation of the seminary and in obedience to his Bishop.

In September 1989, Fr. KJ was sent to Rome for his higher studies in Theology.  He joined  the Pontifical University of St. Thomas Aquinas (Angelicum) for his Licentiate and  successfully completed the same in 1991.  Then he secured his Doctorate (S.T.D.) with specialization in Ecumenical Theology in 1993 and began his brilliant academic and formation service in our Seminary and Institute.  From 1994 to 2004, he was the Procurator of the Seminary and in the meantime, he was also the Head of the Department of Systematic Theology in the Institute.  Through his selfless service and high academic caliber, he endeared himself to the seminarians and students as an able administrator, gentle formator and learned professor.  In 2007, he was appointed President of St. Peter’s Pontifical Institute by the Congregation for Catholic Education, Rome.  In 2009, he was appointed Rector of St. Peter’s Pontifical Seminary by the Congregation for the Evangelization of Peoples, Rome.  His mandate as Rector was renewed for a second term of three years in 2012 to great joy of all who acknowledged his dedicated services to the Seminary.  The 1st of April 2013 marked the saddest and darkest day in the centuries-old history of St. Peter’s as we lost this great leader, a holy priest of great erudition, simplicity, commitment, courage and self-sacrifice who rendered his selfless service to this Seminary and Institute for the past twenty-five years.  May his soul rest in peace!