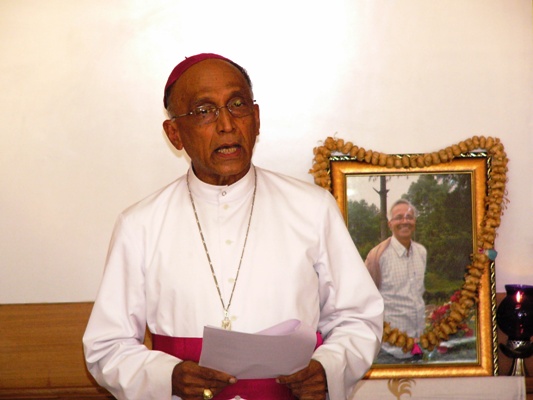 "Today early morning I received the shocking and the sad news of the most brutal murder of Fr K J Thomas, Rector of St Peter’s Pontifical Seminary, Bangalore in the early hours of 1st April. I immediately rushed to the Seminary to initiate the Investigation. The top police officials came to the spot and are investigating this murder case and, meanwhile, his body was taken to M S Ramaiah Hospital for post mortem.

This is the most heinous crime and I strongly condemn the murder of Fr K J Thomas who was a very pious, soft spoken and harmless priest. He was serving St Peter’s Pontifical Seminary, Bangalore as its Rector for the second term. His death is a great loss to all of us, especially to the seminary ".